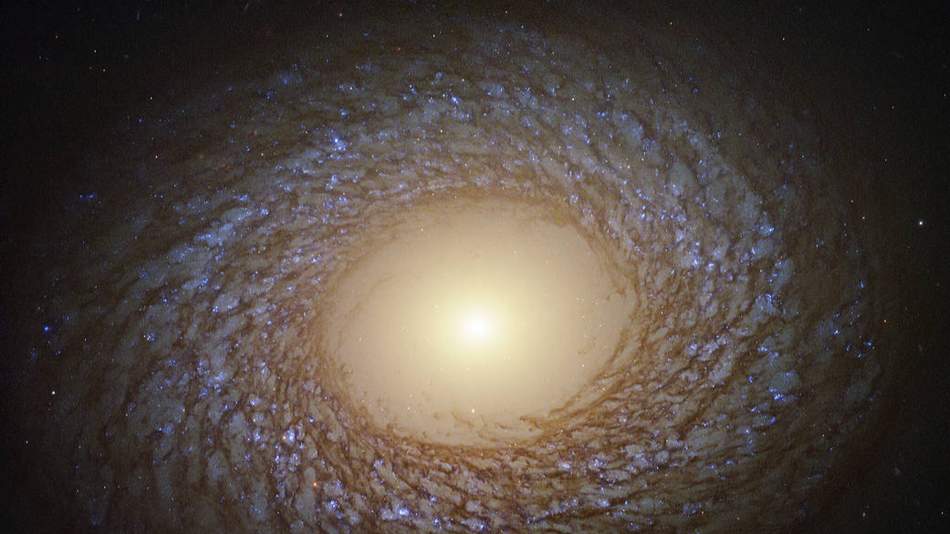 The ESA described this galaxy as flocculent, meaning it has a woolly, feathery, or fluffy appearance, which is a very apt description considering the arms spiraling out from its center look like they’re made of dog fur dotted with millions of blue stars.