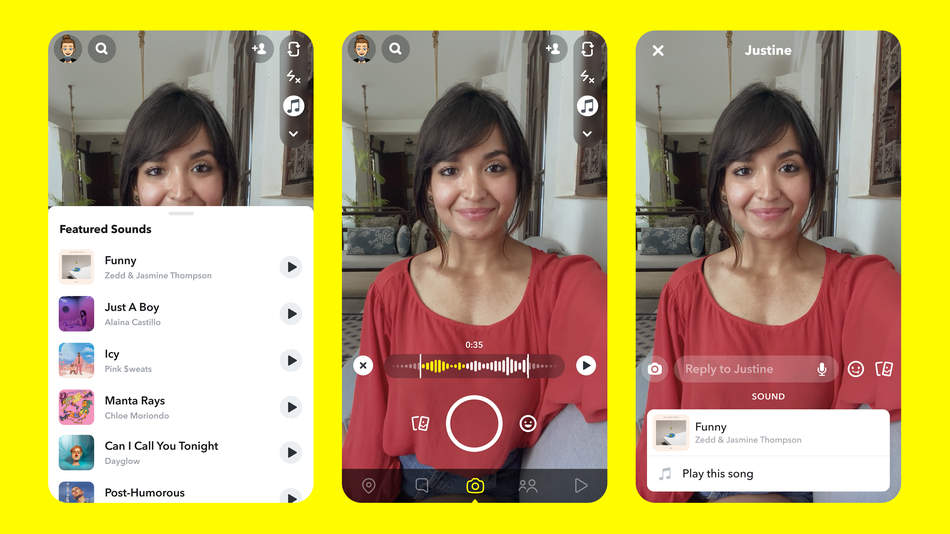 Thanks to a perfectly timed new deal, Snap execs must be whistling a happy tune.

Snap announced Monday that it’s testing a new tool that lets users put their snaps to music. The feature comes thanks to new deals with record labels that let Snapchat users license songs in their Snap creations.

The timing of the announcement is eyebrow-raising. TikTok’s deep integration with music is a central part of the app’s DNA as first a lip-syncing video app, and more recently, a viral dance video app. TikTok has dominated the social media landscape in 2020. But now the federal government is threatening that position, as officials claim TikTok’s Chinese ownership presents a national security threat. President Donald Trump has personally said he wants to “ban” TikTok.  Read more…