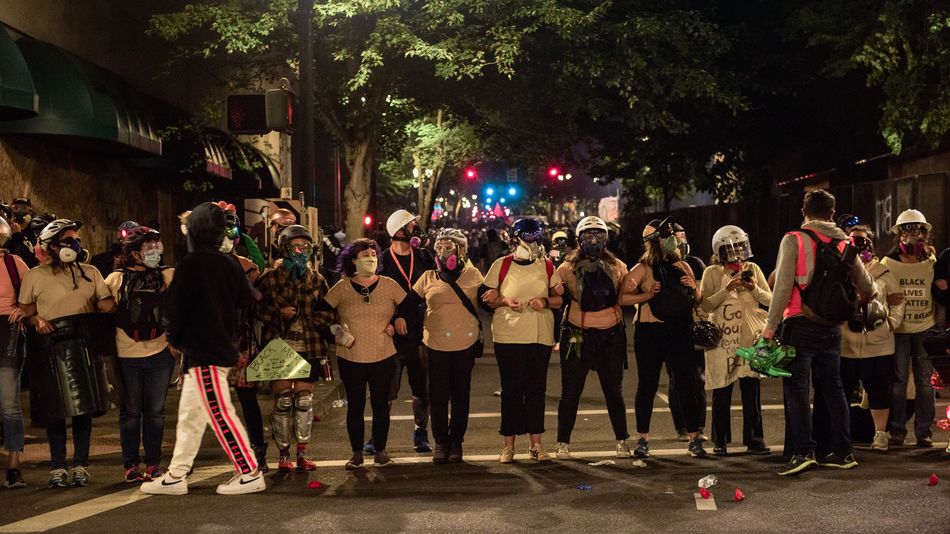 In response to the presence of federal agents at Black Lives Matter protests in Portland, a group of largely white moms, dubbed the Wall of Moms, organized to form barriers between demonstrators and federal agents.

From the group’s first appearance at protests on the weekend of July 18, the Wall of Moms was largely lauded in news outlets and on social media.

But just weeks after its formation, the group is facing allegations of “anti-Blackness” from Don’t Shoot Portland, a Black-led social justice and community organizing group.

On Wednesday, July 29, Don’t Shoot Portland shared an Instagram post chronicling the group’s troubles with the Wall of Moms, specifically citing a lack of safety protections for Black members at protests and a lack of consultation with Black leaders before filing business registrations.  Read more…