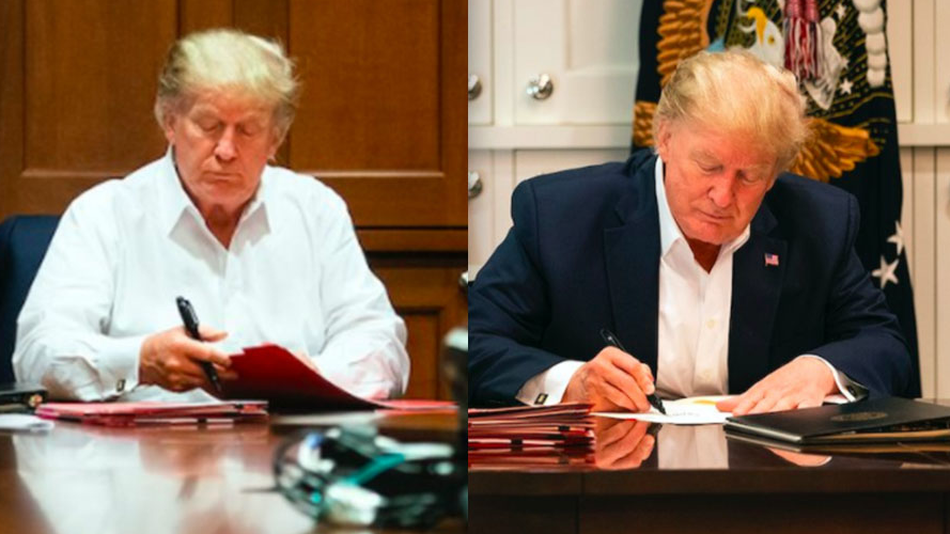 That’s the question on the minds of Americans after the White House released two photos of Donald Trump on Saturday, which reportedly show the president hard at work in his hospital suite at Walter Reed Medical Center. Trump was admitted to Walter Reed on Friday night following his positive COVID-19 diagnosis.

The photos, taken by Joyce N. Boghosian, show Trump with a Sharpie in hand, looking down at several pieces of paper. In one photo he’s seen wearing a blue blazer and writing while seated at a table in the same room he recorded a video from on Saturday. And in the other photo, Trump is seen sitting in the presidential conference room at Walter Reed with his jacket off. Read more…