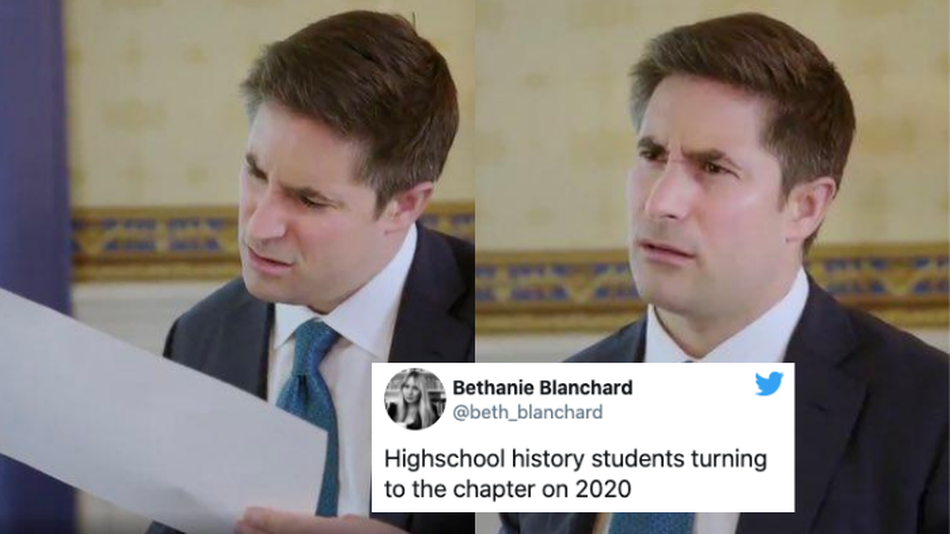 On Monday night, an exhausted and baffled nation got yet another reminder that it is being governed by a narcissistic toddler-fascist, but at least it also got a new meme format to express how constantly exhausting and baffling that is.

HBO aired a long sit-down interview between President Trump and Axios reporter Jonathan Swan, in which Trump doubled down on several of his latest gaffes, insulted the memory and legacy of civil rights icon Rep. John Lewis at length, including saying he himself had done more for Black Americans than Lewis or in fact “any president since Lincoln.” Most memorably, he threw a small tantrum (“You can’t do that!”) when Swan pressed him to discuss the reality of his coronavirus response beyond one specific graph his staff had printed out for him, handing the journalist the paper when he found himself unable to parse the statistics he clearly doesn’t actually understand. Read more…