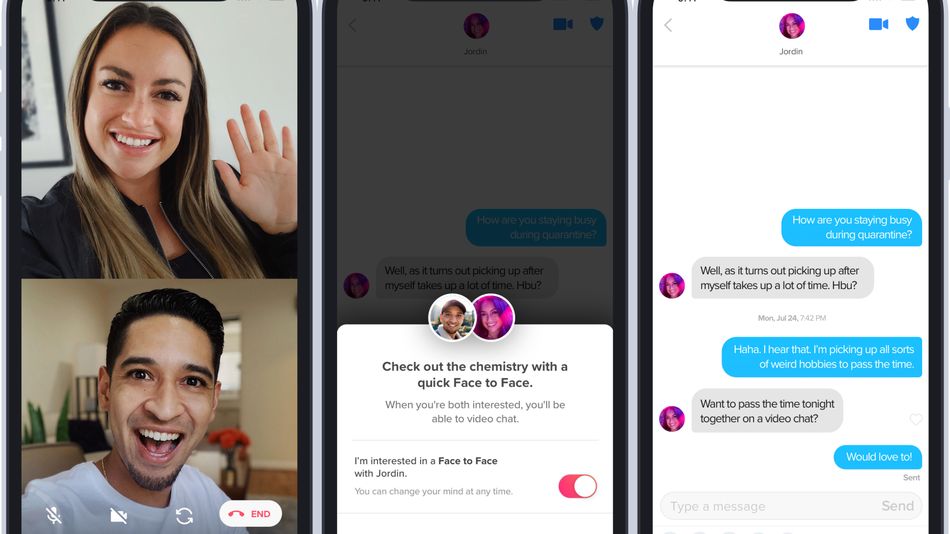 Dating right now requires a bit of thinking outside the box.

In this time of ongoing social distancing, Tinder is rolling out Face to Face — its 1:1 video in-app feature — to users around the world.

From Oct. 27, Tinder swipers around the world will be able to go on virtual dates with matches without needing to exchange any personal details.

In July, Tinder began testing in-app video calls in some areas several months after social distancing began. Even in July, Tinder was late to the video dating game, after Hinge and several other dating apps introduced video chat features in the early days of the pandemic.  Read more…