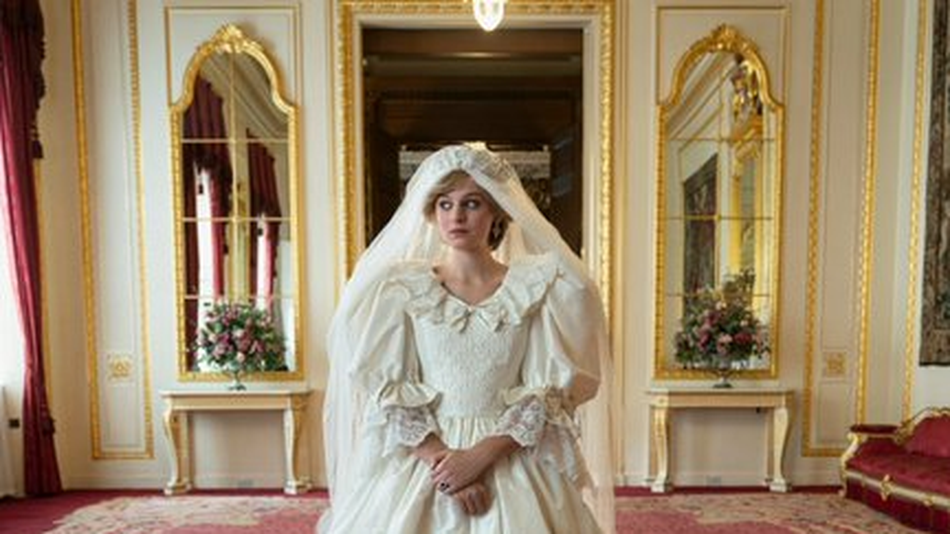 The Crown fans are eating well this week. This time, we get to devour a delectable glimpse at Season 4’s portrayal of Princess Diana in her iconic wedding dress.

Here’s Corrin in a recreation of the famed dress.