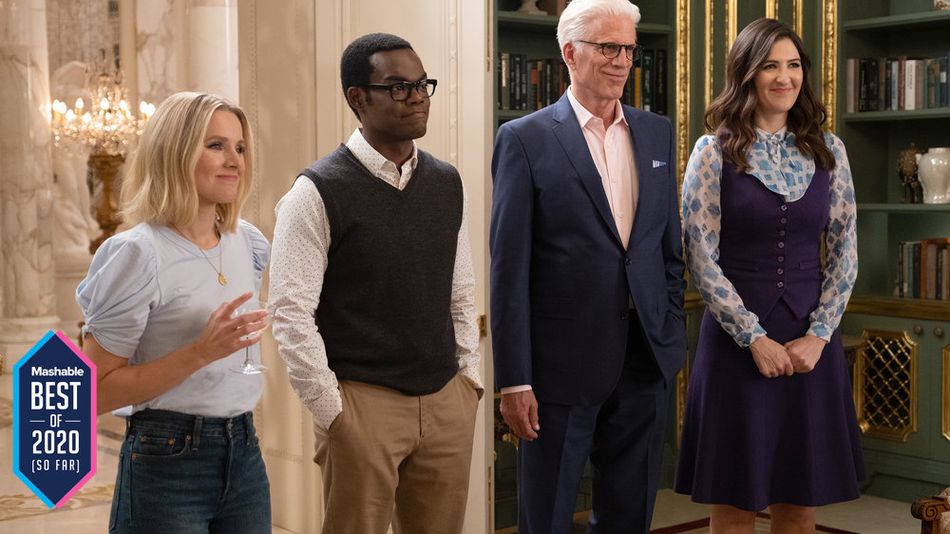 Because time is an ever-expanding and contracting construct, we’re already halfway through 2020. Sounds fake, but it’s true. The first six months of this year included some stellar episodes of television, including a perfect send-off for NBC’s The Good Place, a prescient and political episode of Ramy, and a Parks and Recreation reunion that addressed the coronavirus pandemic while bringing joy to its many fans. Listed here are those episodes, as well as the other seven best episodes of TV aired so far this year.

The best parts of Sex Education episode 207 (and indeed, of Season 2 at large) are less about sex and love and more about friendship and camaraderie. Six of the show’s female leads are locked at school a la Breakfast Club, forced to figure out what binds them together as women and concluding, heartbreakingly, that it is unwanted sexual advances. It’s fascinating to see Maeve, Aimee, Ola, Lily, Olivia, and Viv in the same scene, amplifying the difference in how they manifest and engage with their female experience but underscoring that it does indeed connect them.  Read more…

More about Netflix, Parks And Recreation, The Great, Best Of 2020, and Entertainment