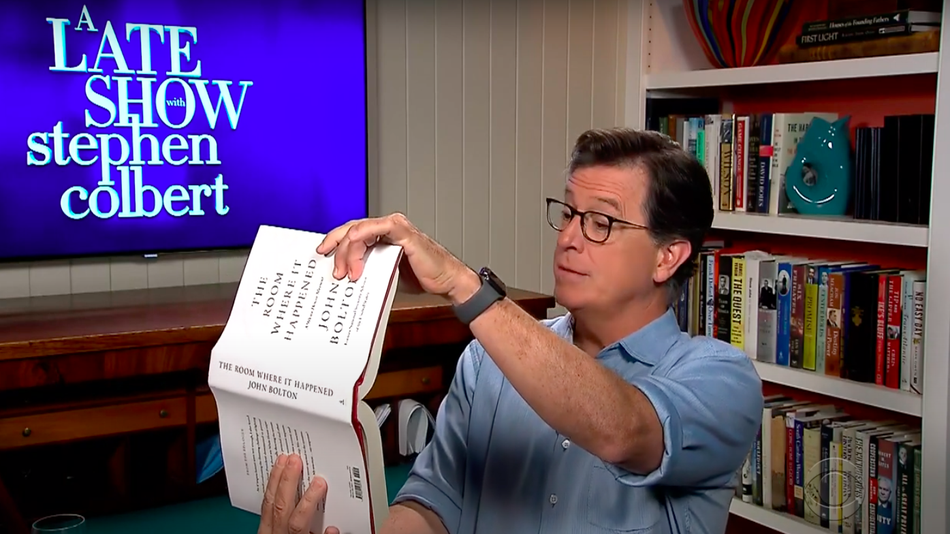 I hope none of the Late Show writers were too attached to their jokes in the second half of Stephen Colbert’s Tuesday night monologue. Halfway through recording it, he had to stop and rewrite, because news broke that the Justice Department would be suing John Bolton over his reportedly very spicy tell-all White House memoir The Room Where It Happened.