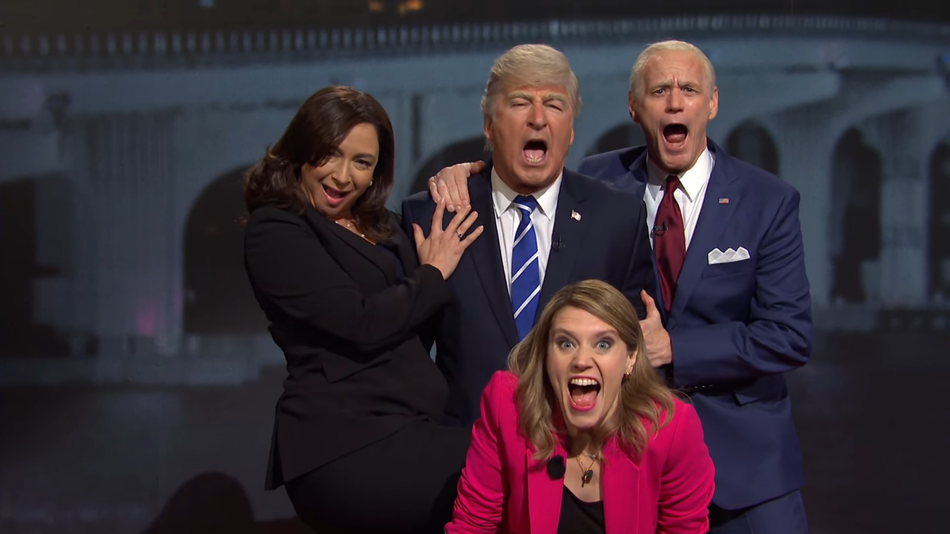 Let’s be real, America. You know how you’re voting in this election. The rallies, the debates, the town halls… it’s all just theater for your social media feed. This cold open about Thursday’s dueling Donald Trump and Joe Biden town halls is Saturday Night Live‘s bid to participate in that theater.

Does watching this make you feel anything? Is there even anything left to feel? The real town hall duel happened because the debate got cancelled. Why was that? The sitting president refused to get himself tested for a deadly contagious illness before sharing the stage with his opponent. Read more…