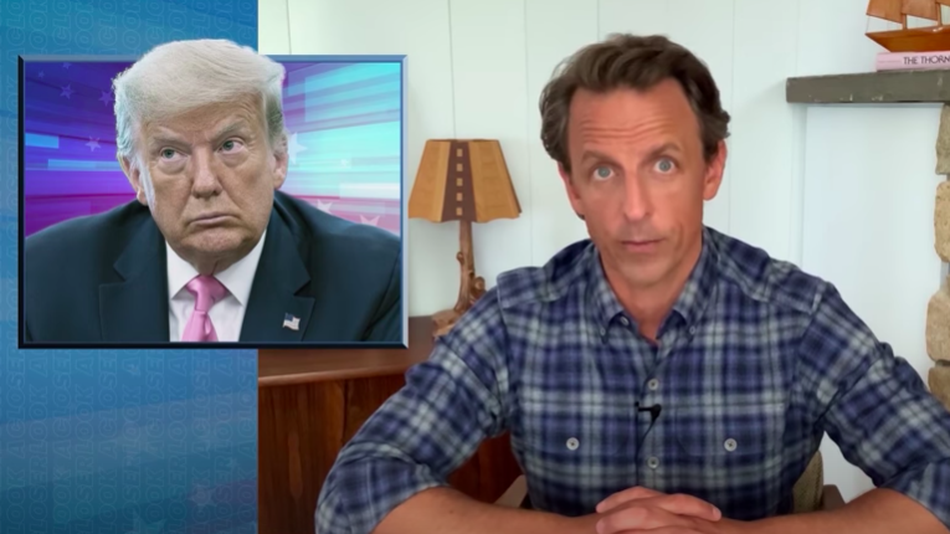 A day after Trump’s latest incoherent on-camera brag about passing a cognitive assessment became a gleeful Twitter meme, you’d expect the late night hosts to have a lot of fun with that “person, woman, man, camera, TV” moment. Seth Meyers didn’t disappoint when it came to roasting Trump’s current obsession with “proving to everyone that his brain works” in Thursday’s Closer Look segment.

“They sound like the words you can’t say on the Taboo card for ‘ultrasound,'” he joked. “You sound like Tarzan reviewing the season premiere of The Morning Show: ‘Person, woman, man, camera, TV, Tarzan give five stars.'” Read more…