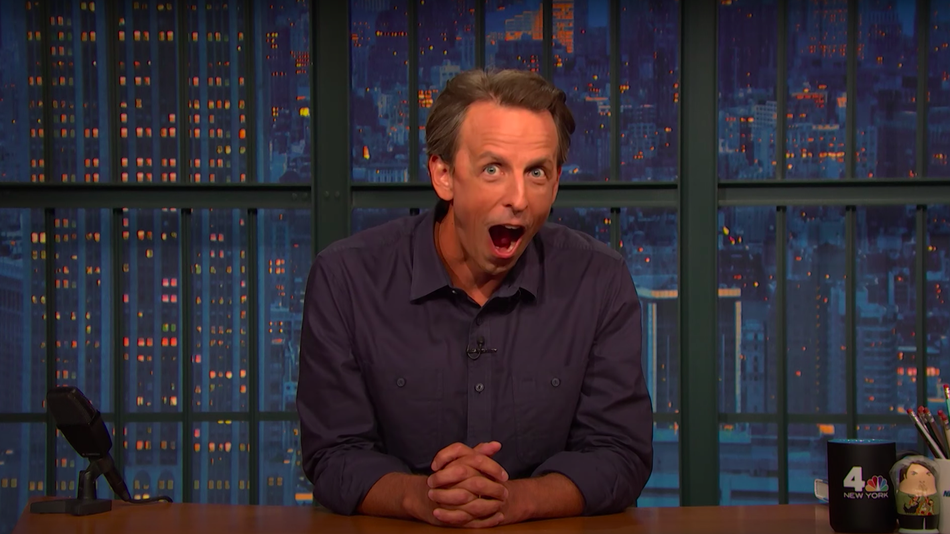 The U.S. continues to burn — literally, in some states — with over 188,000 Americans dead due to the coronavirus pandemic, the economy in absolute shambles, and protests against racial injustice still ongoing. Unfortunately, President Donald Trump appears determined to pour oil on the metaphorical fire, with a recent CBS poll finding voters believe he is encouraging fighting rather than calming the situation down.

“Of course he is! He’s not exactly a calming presence,” quipped Late Night host Seth Meyers on Tuesday, noting Kellyanne Conway straight up said more violence would be better for Trump’s re-election prospects. “He dresses like retired Darth Vader, yells like he’s on the other side of six lanes of traffic, and even his smile looks like it was directed by Stanley Kubrick. He’s the human embodiment of tension and fighting.” Read more…