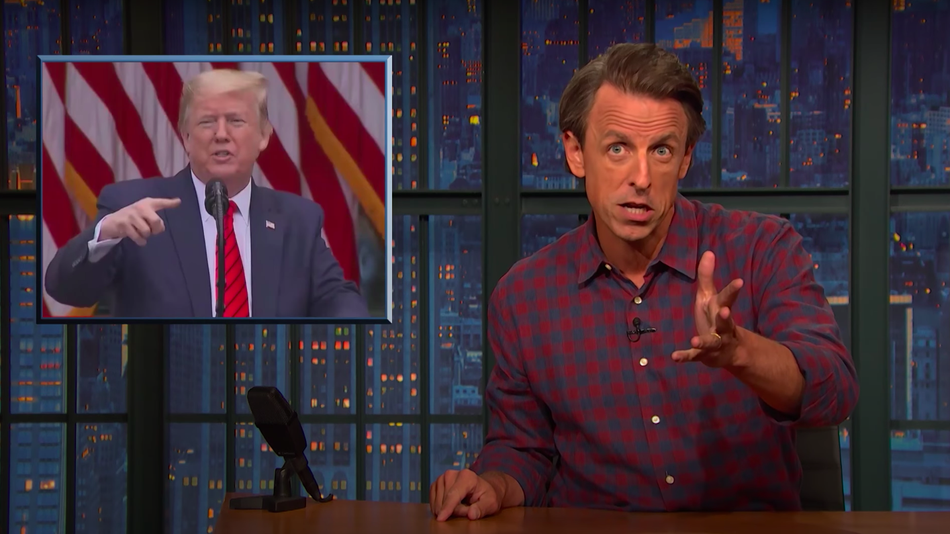 President Donald Trump made good on his threats to release footage of his interview with Lesley Stahl, claiming the video reveals 60 Minutes’ “bias” and “hatred” toward him. Instead it confirmed the U.S. president’s disturbing inability to answer simple questions.

Meyers recorded his monologue before the second presidential debate between Trump and Democratic nominee Joe Biden on Tuesday, but the 60 Minute interview provided more than enough fodder for incredulous mocking. In particular, Meyers noted Trump couldn’t point to anything resembling a healthcare plan despite having had four years to come up with one. Read more…