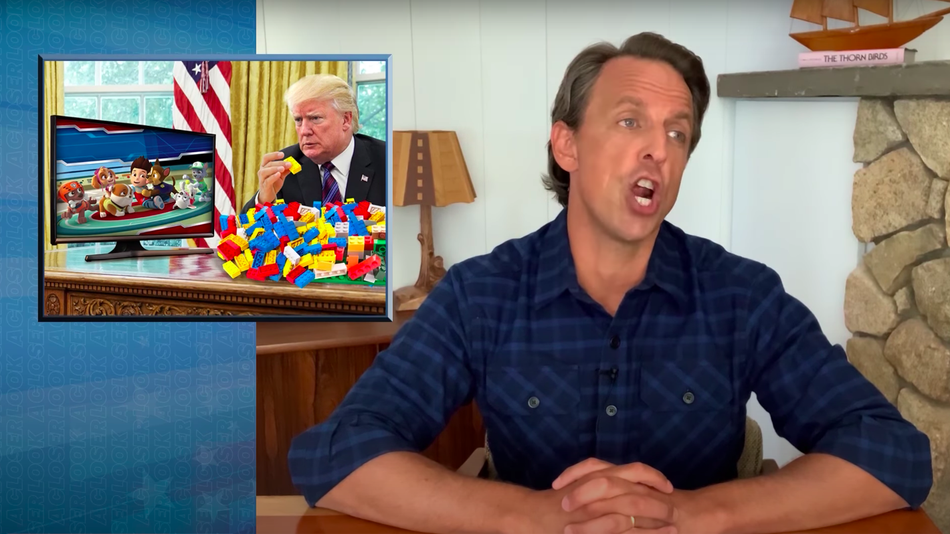 “This is where the Trump administration and Republican party are at,” said Late Night host Seth Meyers on Monday. “Whining about cartoons and Legos while sending secret police to gas moms and vets and arguing that slavery was a, quote, ‘necessary evil.’“

The U.S. is continuing to play moral limbo, straining just how low it can go before completely collapsing. As Meyers notes, more Americans believe the U.S. is on the wrong track than at any previous point of Trump’s presidency — which says a lot considering his approval ratings have been consistently low.