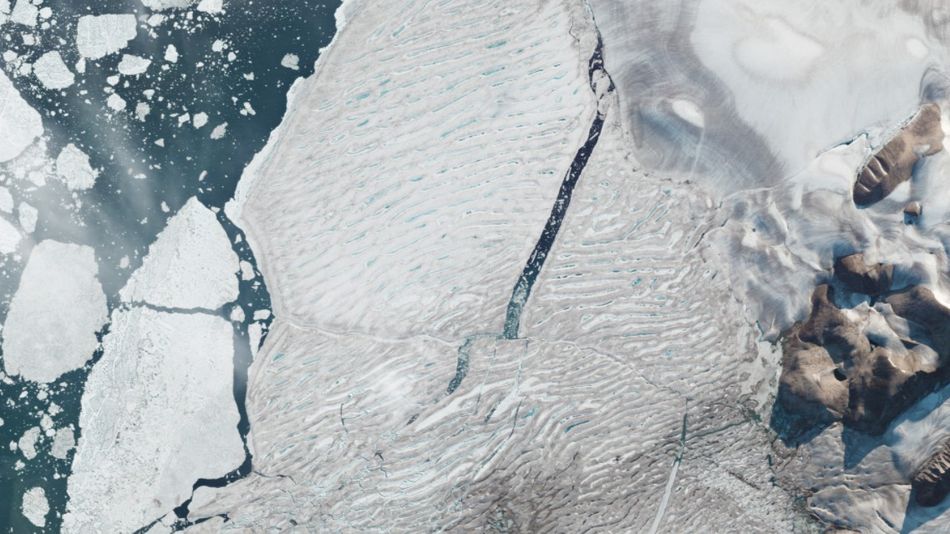 The Arctic is unraveling.

This rapidly warming region — now heating up three times faster than the global average — has a new casualty. Last week, the Canadian Ice Service said the nation’s last fully intact ice shelf (the large ends of glaciers that float over the ocean) had collapsed. The shelf, cracking apart, lost 43 percent of its size in a matter of days, amounting to 32 square miles.

The dramatic change to the Milne Ice Shelf, on Ellesmere Island, is now visible via before-and-after satellite images captured by the satellite imaging company Planet Labs. Ice shelves in the area have been shrinking or falling apart for over a century. Read more…