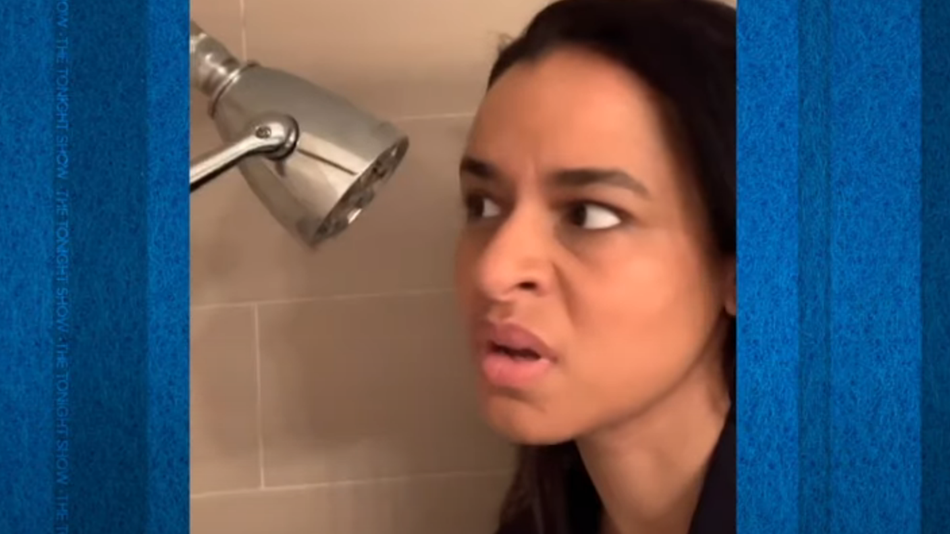 Instead of throwing her remote at the TV to express her frustration with President Donald Trump, writer and comedian Sarah Cooper takes to TikTok to impersonate him.

On Friday, Cooper appeared on The Tonight Show with Jimmy Fallon to debut her new clip ‘How to Bathroom.’ Like with all of her Trump TikTok videos, Cooper lip syncs what the president is saying while taking on his mannerisms, exaggerating her facial expressions and providing hilarious visuals.

In this one, Cooper gives her own interpretation of Trump talking about water pressure at a Dec. 19 business roundtable.

Cooper hones in on the more nonsensical comments Trump makes, like during the roundtable: “They take a shower and water comes dripping out. Just dripping out, very quietly dripping out.” At the same time, Cooper puts herself face-to-face with her shower head as if she is talking to it and then turns her head as if to listen intently to it.  Read more…