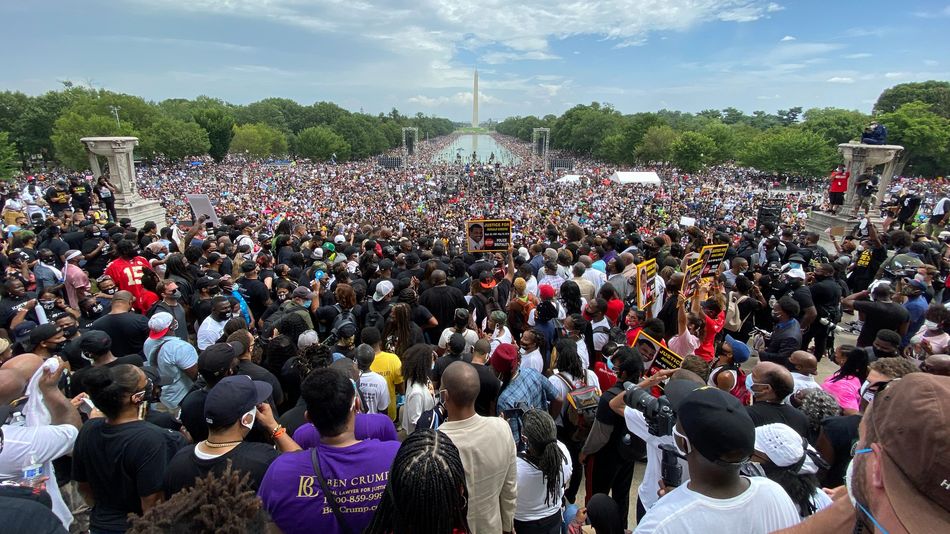 57 years after Martin Luther King Jr. delivered his iconic “I Have a Dream” address at the March on Washington, demonstrators once again descended on the National Mall to demand racial justice.

United under the rallying cry “Get Your Knee Off Our Necks,” thousands gathered at the Lincoln Memorial Friday to demand an end to police violence and fight for changes to the criminal justice system. The march occurred during a time of acute focus on systemic racism and amid protests tied to the police killings of George Floyd, Breonna Taylor, and many others.