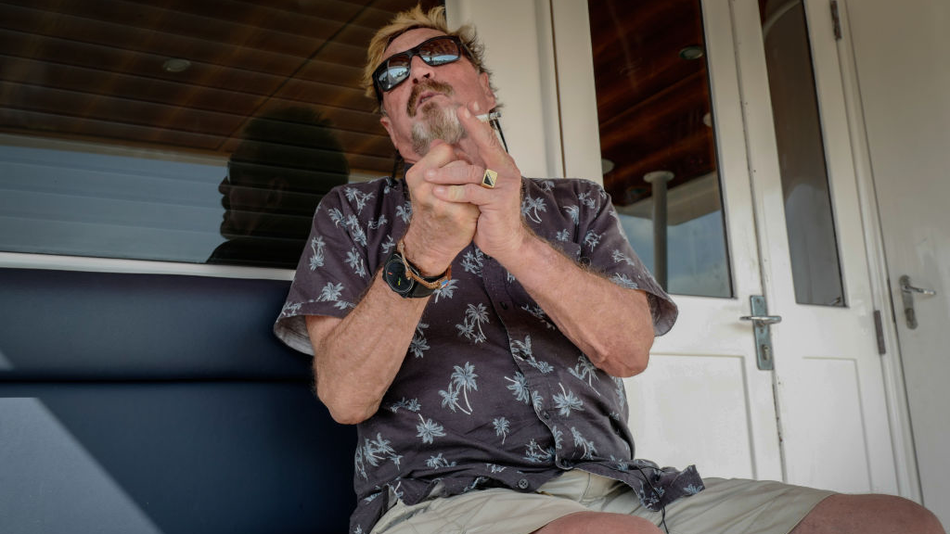 If there’s one thing that John McAfee loves, it’s bath salts. If there are two things? Well, that would be failing to disclose he was paid to promote initial coin offerings on Twitter.

So alleges the Securities and Exchange Commission (SEC), which in a complaint released Monday charged the man most recently associated with promising to eat his own dick on national television with secretly pumping ICOs for profit. What’s more, according to the Department of Justice, McAfee was arrested in Spain “where he is pending extradition” for charges of tax evasion.

Like Steven Seagal and DJ Khaled before him, McAfee stands accused of making behind-the-scenes deals to promote cryptocurrency tokens without disclosing to his social media followers that he was being compensated for doing so. In other words, McAfee would tout some random token as “a world changing coin” — as he did in December of 2017 with SETHER — and shockingly fail to mention that, according to the SEC, he had been promised 30 percent of daily funds raised via the ICO.  Read more…