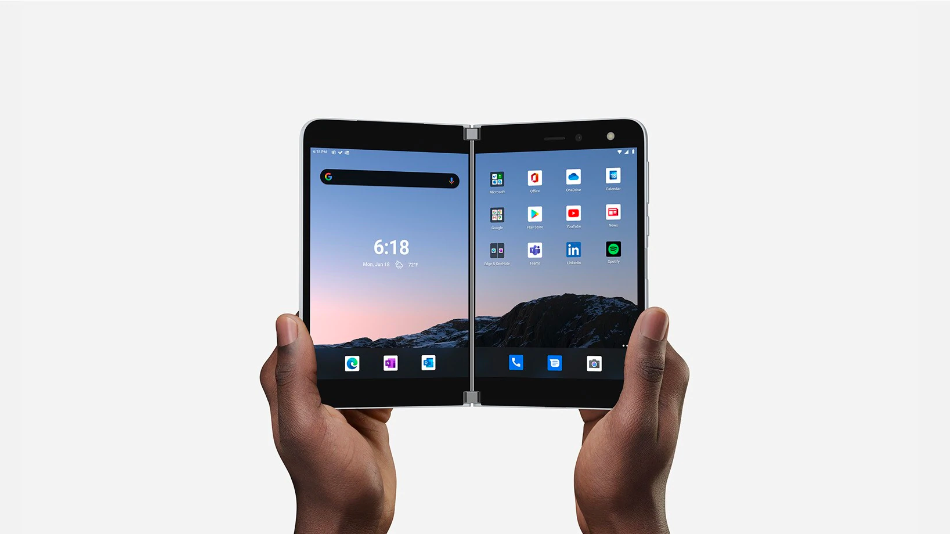 The Microsoft Surface Duo is waiting in the wings.

Initially announced at the company’s hardware event last fall, the dual-screen device marking Microsoft’s first foray into the smartphone realm since the Windows Phone (may it rest in peace) is officially set to be released on Thursday, Sept. 10.

Unlike similar devices with “foldable” displays (see: Samsung’s brand new Galaxy Z Fold2), the Surface Duo doesn’t bend in half. Instead, it’s made up of two separate 5.6-inch screens connected by a rotatable, 360-degree hinge that you can use together or separately in either portrait or landscape mode. (Think of it kind of like a mini 2-in-1 laptop, but with touchscreens on both sides instead of a physical keyboard.) Read more…