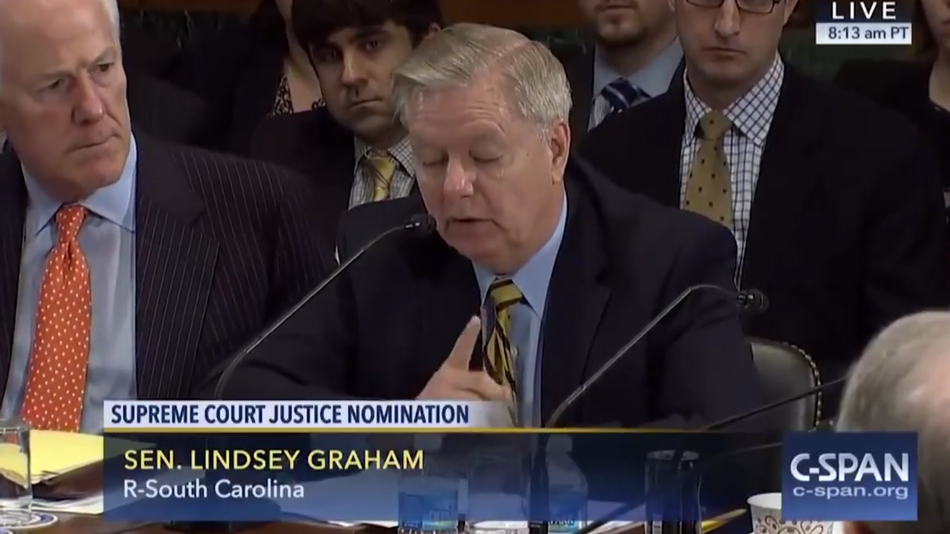 Senator Lindsey Graham’s own words are being used against him, thanks to old videos recirculating on Twitter.

Graham is the chairman of the Senate Judiciary Committee, the cohort of senators who review judicial nominations. In the wake of Ruth Bader Ginsburg’s death, he’s facing pressure to reject any nominee chosen by Donald Trump to take Justice Ginsburg’s seat. Ginsburg was a progressive on a largely conservative court, and any nominee Trump puts forward is sure to be conservative as well.

In years past, Graham has repeatedly insisted that Supreme Court vacancies should remain vacant during election years so the next president has a chance to fill them. When President Barack Obama nominated Merrick Garland to the Supreme Court to fill Justice Antonin Scalia’s seat in 2016, Graham led the opposition against the nomination.  Read more…