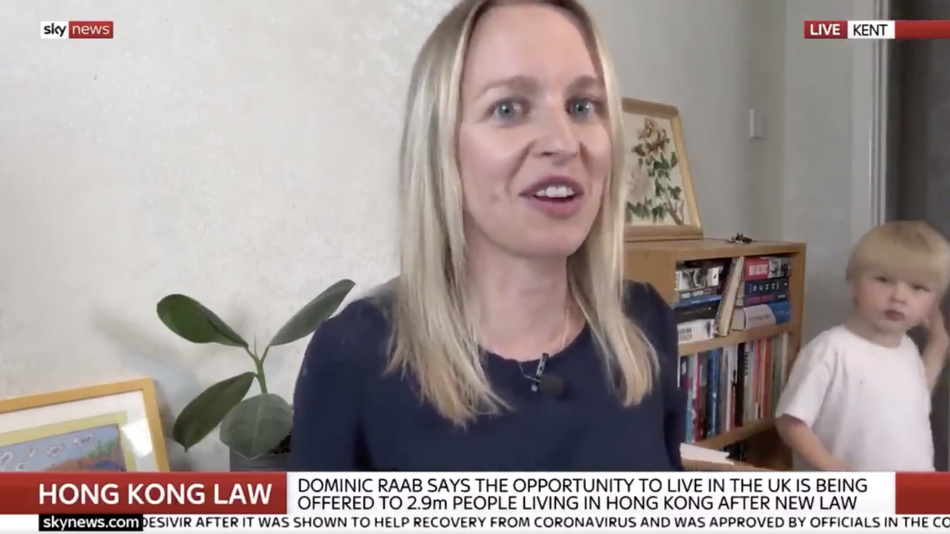 Working from home and taking care of a child is a tough task, in large part, because kids don’t totally get the concept of work.

That difficultly was on full display on British TV on Wednesday, when two different adorable kids busted their way into live shots on both Sky News and the BBC.

First, on the BBC, a little girl crashed her mother’s interview while she was live on air. The BBC handled it all with aplomb as the little girl moved what looked like a unicorn drawing around on shelves and jumped on her mother.

When the BBC host asked for the girl’s name, her mom responded “Scarlett” before the little girl shouted, “What’s his name, mummy!”  Read more…