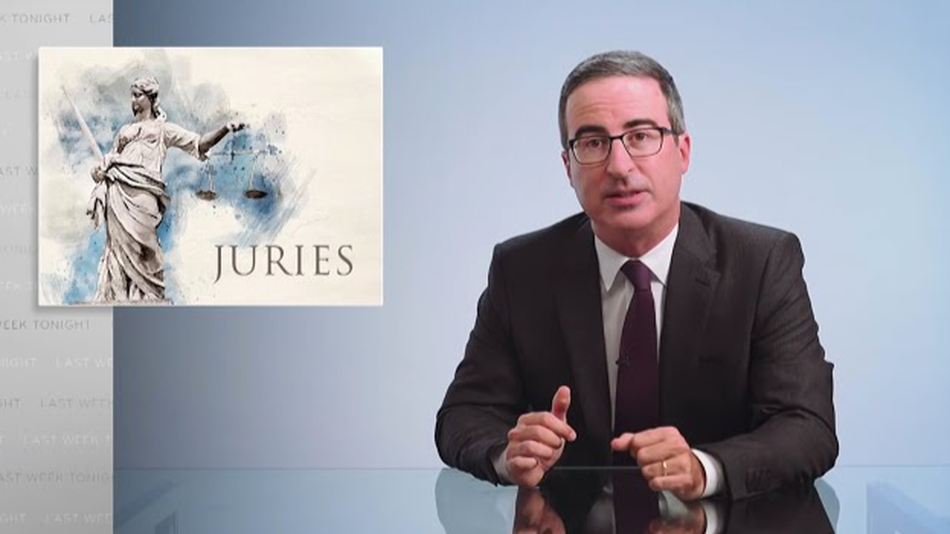 You would think that juries, given the massive responsibility they’re tasked with, would be overseen by people who are keen to make them as fair and impartial as possible.

But according to John Oliver, you’d be wrong.

For his latest episode of Last Week Tonight, the host dives into the U.S. jury system’s history of racism, from bias in jury selection to the Supreme Court’s recent decision to overturn a death row conviction after the state prosecutor repeatedly moved to strike off Black jurors.

“Taken all together it’s pretty clear, from how we decide who serves, to how the list is administered, through who we let lawyers select, we are making a mockery of the phrase ‘a jury of your peers,’ Oliver concludes. “Because who exactly is the ‘you’ there? The defendant’s peers? Or the prosecutor’s peers? That’s a pretty big difference. Read more…