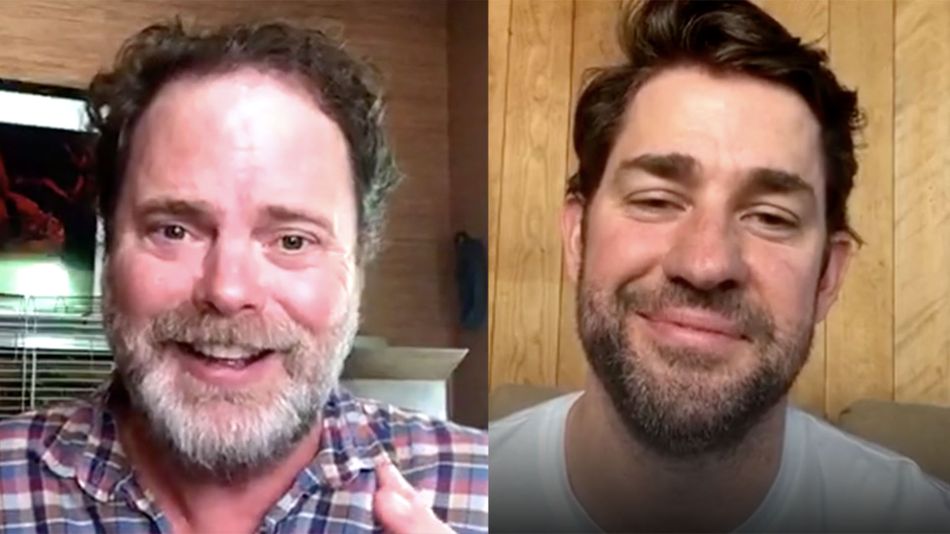 John Krasinski and Rainn Wilson had another virtual reunion, and this time they discussed Krasinski’s beloved quarantine YouTube series, Some Good News.

On Tuesday, Krasinski called into “Hey There, Human,” the daily Instagram Live series that Wilson hosts from SoulPancake. The two talked about everything from A Quiet Place II and parenting during the pandemic to The Office and more. But they also chatted about how much Some Good News means to Krasinski, why he started the show, and why he ultimately decided to sell it to ViacomCBS.

Wilson had guest starred on Some Good News twice, and the show built up quite the fanbase over the course of its eight-episode run. However, some viewers were crushed when they learned that the intimate series was being sold to a major network, especially because reports indicated that Krasinski would no longer be hosting. Read more…

More about The Office, John Krasinski, Rainn Wilson, Some Good News, and Entertainment