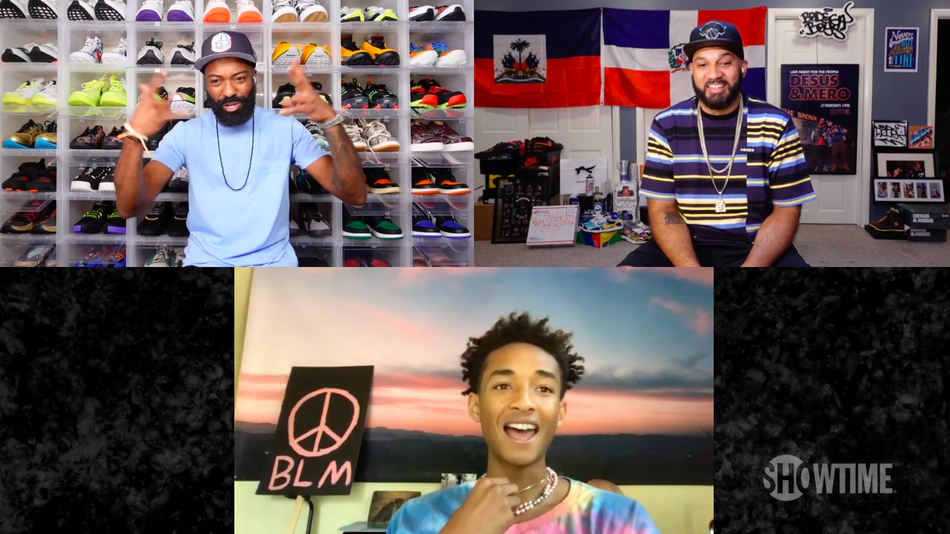 A few years back, Jayden Smith starred alongside Desus and Mero in Ezra Koenig’s animated series for Netflix, Neo Yokio — and its festival special Pink Christmas. Smith played the lead Kaz Kaan, while the Bodega Boys played his socialite friends Lexy and Gottlieb.

After a brief chat about voter registration (important!), the three had a big reminisce about the show on Showtime’s Desus and Mero, and the Big Toblerone meme that came out of it — the triangular chocolate inexplicably pops up many times in the show, and Kaz has a habit of bringing them to people in emotional moments. Skip to around the 8:20 mark for Neo Yokio chats. Read more…