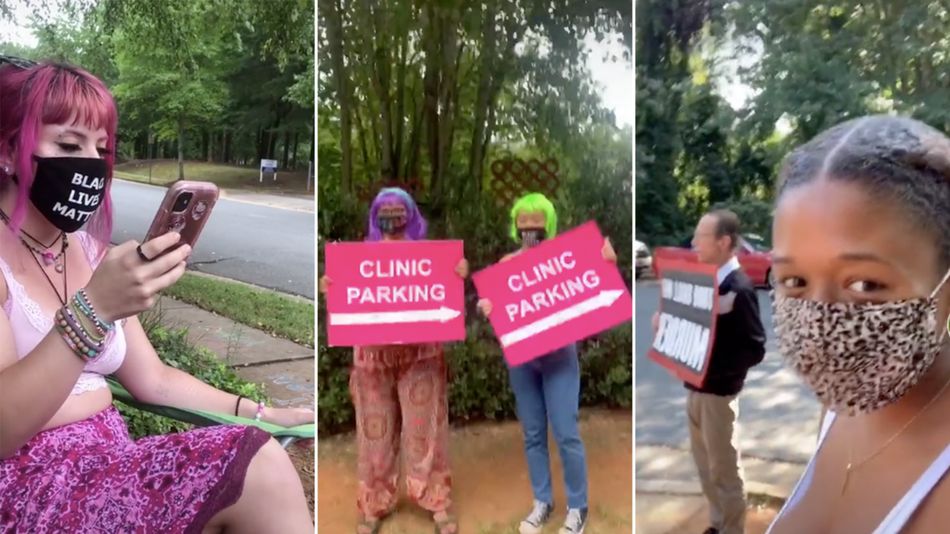 Sometimes you need to fight fire with fire — or fire with “WAP” lyrics.

A group of abortion clinic escorts and defenders have developed a devoted fanbase on TikTok after going viral for their unconventional methods of opposing religious protesters. The clinic, which is based in North Carolina, is often swamped with protesters who read Bible passages and chant about sin in an effort to intimidate patients seeking reproductive care. The army of primarily teenage girls defending the clinic’s patients are fighting back in the most quintessential Gen Z way possible: bullying them on the internet.  Read more…