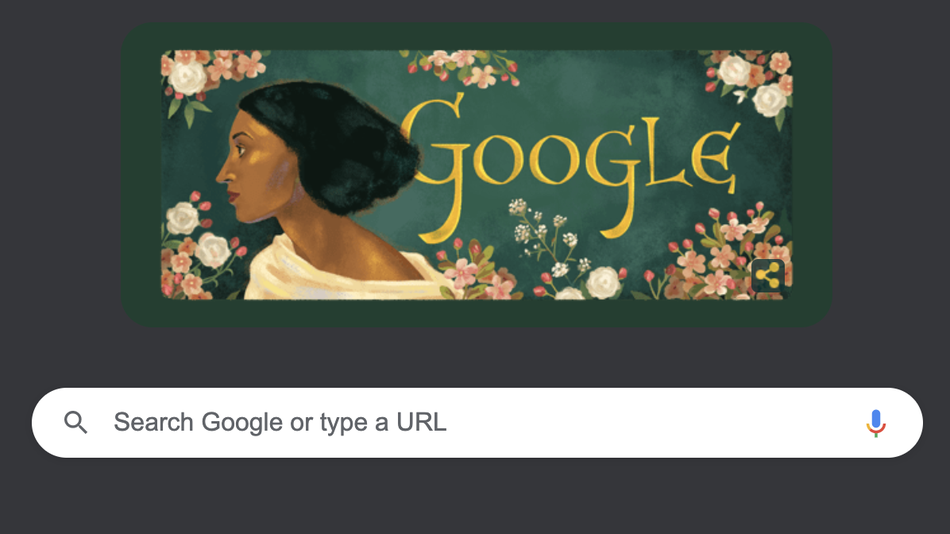 During the 1860s, Eaton modelled for a number of notable painters and has been credited with challenging Victorian beauty standards.

The timing of this Google Doodle — visible in the UK, Australia, New Zealand, Argentina, Peru, Chile, Iceland, and Greece — is significant. On this day in 1874, Eaton sat for life classes at the Royal Academy of London — these sessions were pivotal to the Pre-Raphaelite movement, per a Google blog post.

The illustration was created by San Francisco-based artist Sophie Diao, who took inspiration for the Google letters from the illuminated manuscripts created by the Pre-Raphaelites.  Read more…