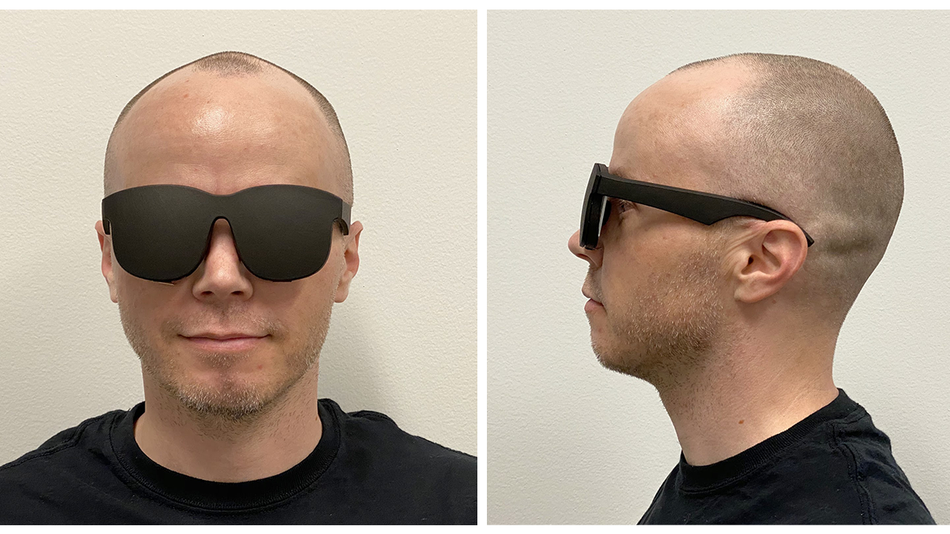 Immersing yourself in virtual reality can feel like a sci-fi fantasy come true, but bulky, cumbersome VR headsets almost make it more trouble than it’s worth. There have been various attempts to slim down VR headsets, such as Dlodlo’s lightweight V One headset and Panasonic’s prototype goggles shown at CES 2020. Now Facebook has revealed its own glasses-like prototype headset with a display measuring 8.9 mm thick — about the same thickness as a smartphone.

In a new research paper entitled “Holographic Optics for Thin and Lightweight Virtual Reality,” Facebook Reality Labs researchers Andrew Maimone and Junren Wang have proposed a VR headset design that replaces the refractive lens with holographic optics and polarization-based optical folding. This allows the headset to be much lighter and more compact, like a strangely thick pair of retro sunglasses. Read more…