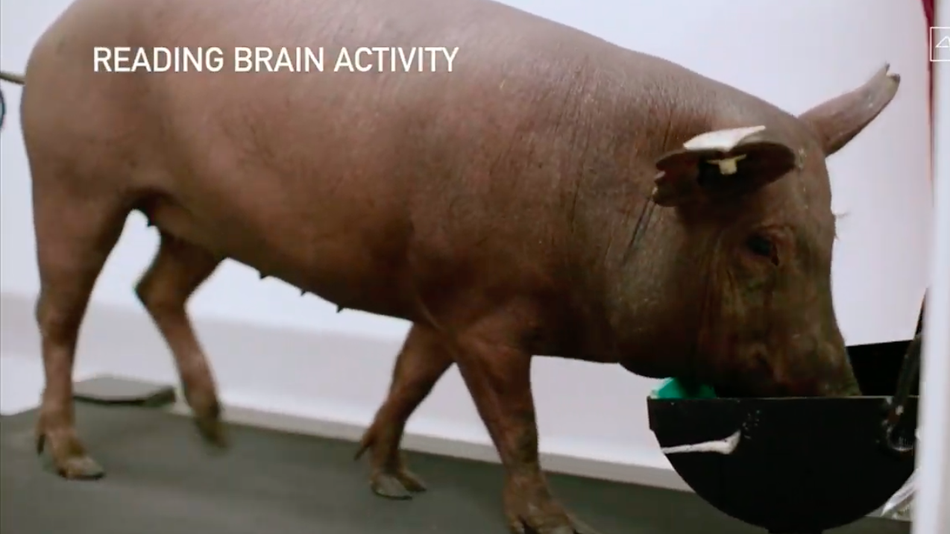 Well that had to be the oddest job-recruitment pitch ever streamed to YouTube.

Late Friday afternoon, Elon Musk took the stage to update the world on Neuralink — his effort to link the human brain to computers — and to implore engineers, animal care professionals, and robotics experts to join him. At the heart of the demo was a pig by the name of Gertrude, which he claimed has been linked up to some form of Neuralink for the past two months.

Repeatedly emphasizing that the goal of the presentation was recruitment, Musk described the Neuralink device as “a Fitbit in your skull, with tiny wires.” Specifically, those tiny wires are one-twentieth the thickness of a hair, and 43 millimeters long. But it’s possible to make them even longer to reach regions deeper in the brain, a Neuralink employee said. Read more…