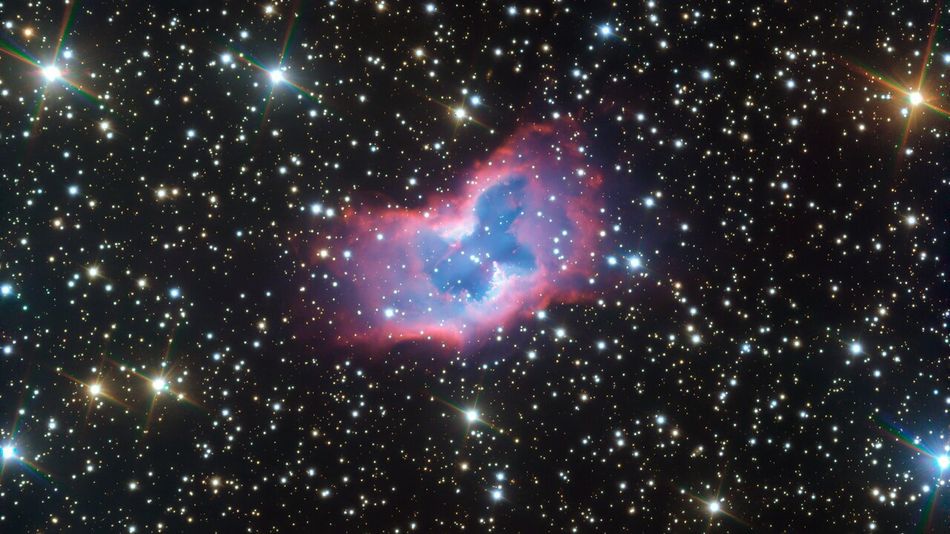 These are hard days for the humans of planet Earth, especially those of us who despise inequity and fascism. Wouldn’t it be nice, then, if you could flap your brilliantly colored wings and take off into the stars?

The below image, captured by the European Southern Observatory’s “Very Large Telescope” (great name) in northern Chile, gives us a look at the vibrant planetary nebula known as NGC 2899. Yeah, I know, it’s not a real butterfly. But imagine if. Then go further, and pretend the butterfly is you.

The nebula, which was apparently first discovered in 1835, resides in the Vela constellation. It’s not especially close to Earth, at 6,500 light-years away, but the prospect of human space travel carrying us even a single light-year isn’t really an option at this point.  Read more…