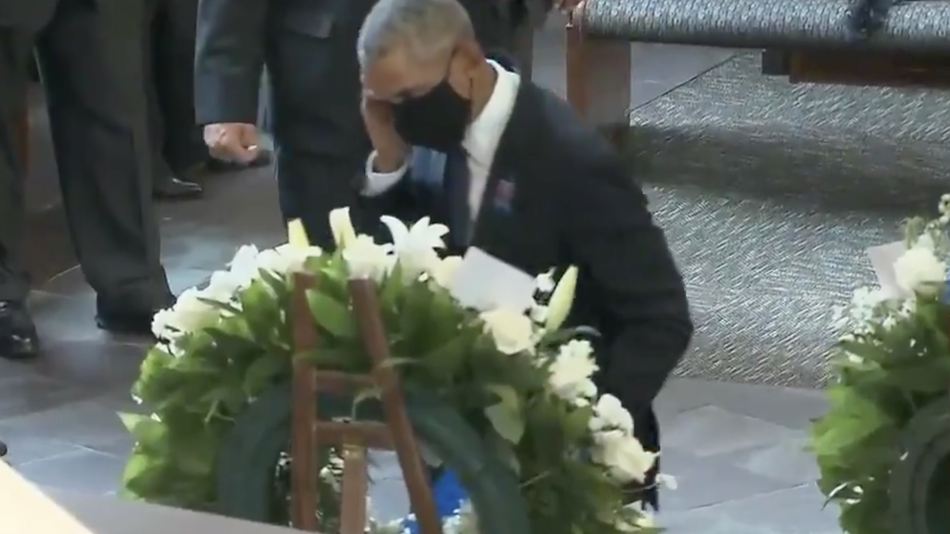 It was a striking moment.

Former President Barack Obama, after delivering a powerful, pointed eulogy for Rep. John Lewis, slipped on a face mask. In the moment, it felt iconic — a sign of the strange times and a reminder of a U.S. leader willing to sacrifice a tiny bit for the well-being of others.

At the conclusion of his tribute, the crowd delivering a standing ovation, Obama walked off the podium. Just before he got too close to a Secret Service agent to social distance, the former president reached into his pocket, grabbed a mask, and carefully slipped it on.

It was markedly different than President Donald Trump, who fought against wearing a mask until he practically had no other choice.  Read more…