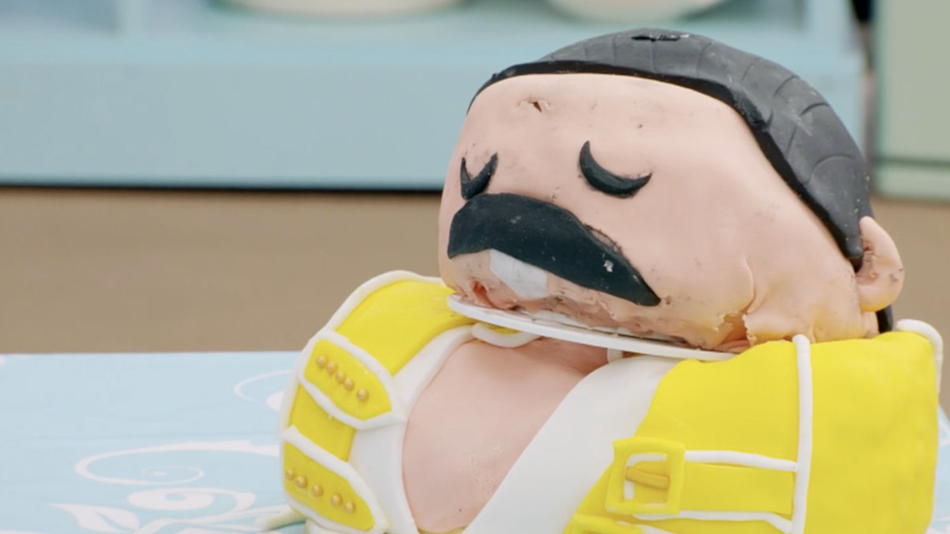 It was Freddie Mercury’s fondant icing chin that sent me over the edge.

That and David Bowie’s cake bust, which looked more like a cross between Andrew Lloyd Webber and Ronald McDonald. The first episode of the 11th series of the Great British Bake Off, which aired on Tuesday, sent me into a spiral of uncontrollable laughter, the likes of which I haven’t experienced since before the pandemic.

So, what was so funny, you might well be wondering? Well, where do I begin?

Let’s start with the technical challenge, when the contestants were asked to make pineapple upside-down cakes. Disaster struck when the challenge was over and the bakers began placing their finished cakes on the judging table. Sura was gesticulating wildly in a bid to waft away a fly when Dave was about to set down his bakes. Next thing you know, most of Dave’s pineapple cakes had been swiped off the plate, plopping to the ground and landing cream-side down. Brings a new meaning to upside-down cakes, really.  Read more…