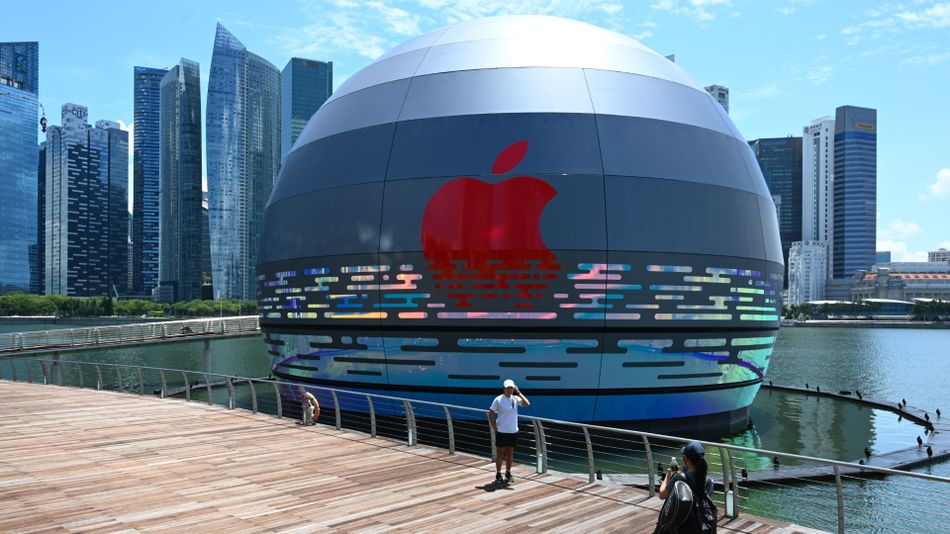 Apple’s new retail store in Singapore is very different from every other Apple store in the world. It’s an orb that floats on water in front of the iconic Marina Bay Sands hotel, adding flavor to Singapore’s impressive skyline (well, waterline).

The store is not yet open to the public, so we don’t know what it looks like on the inside, but there are already plenty of photographs from the outside.

Apple has a webpage devoted to the new store, where it’s described as “a space for you to explore, connect and create something new.” On the same page, Apple has a short teaser video for the store, as well as a couple of wallpapers.  Read more…